The Dojo NYC is a martial arts center with its heart in instilling the principles of martial training in each individual that enters through its doors. The Dojo seeks to spread the word about the benefits of the martial arts lifestyle to the community.

Founded by Gabriel Marte, and affiliated with Cobrinha BJJ, The Dojo sports a full-size training room for grappling as well as striking arts with ample room, inviting culture and a welcoming atmosphere. The Dojo is the only fully equipped mixed martial arts training center in the Ridgewood/Bushwick neighborhood and we specialize in Brazilian jiu jitsu, traditional Muay Thai, MMA and compete at the highest levels in every art. The goal of our Dojo is simple: To create an atmosphere that promotes the ability to learn the virtues of all martial arts taught within our walls. 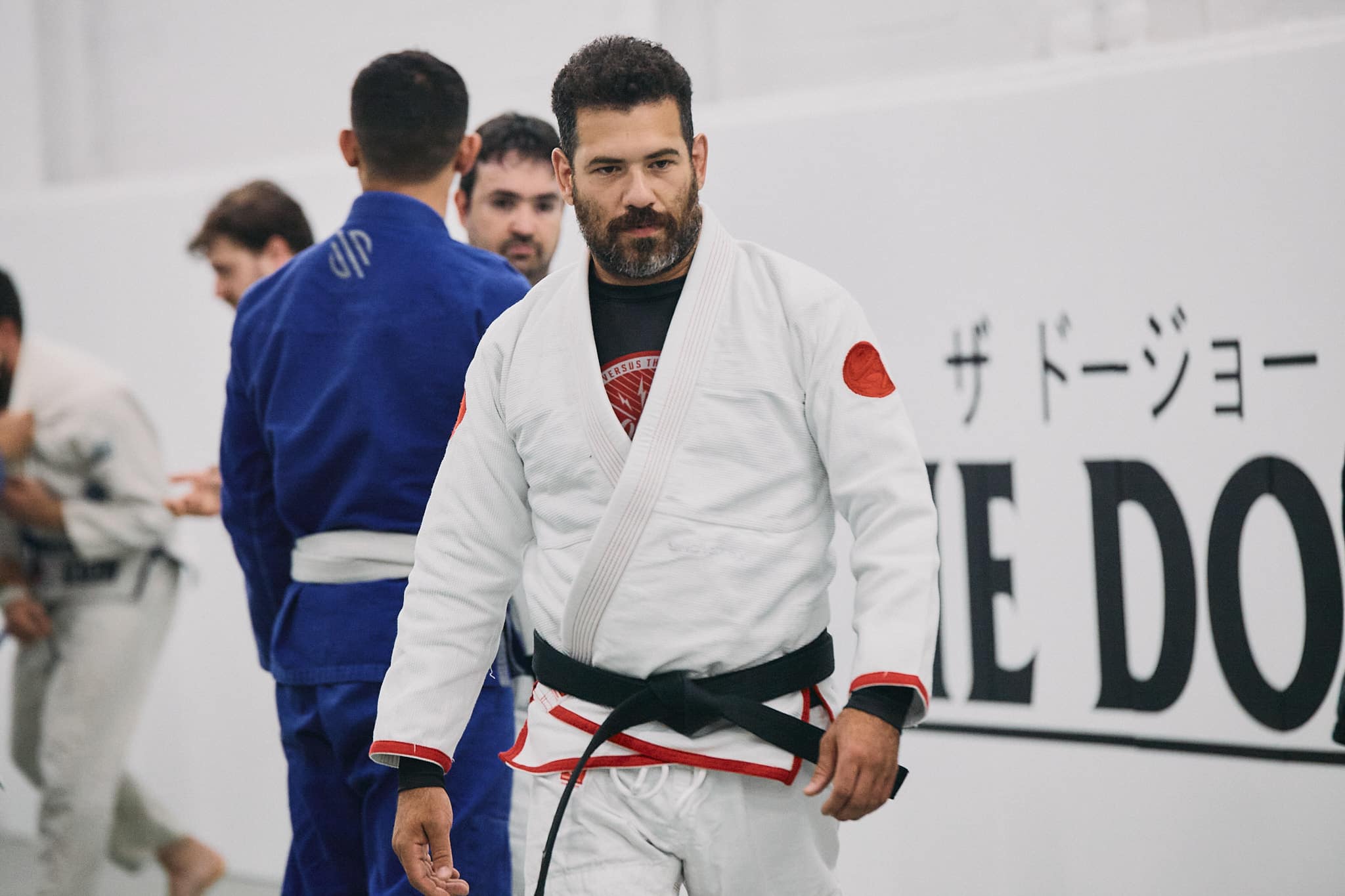 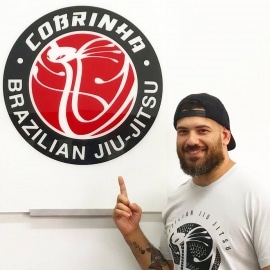 With 20+ years of martial arts experience, coach Gabriel started training martial arts at 11 years old. Competing in every martial art he ever could with national titles in Stick Fighting and countless first place medals and trophies, when he was introduced to Kickboxing and later Muay Thai, he could not resist the challenge. However, it was only after being submitted by a 14 year old, 120lbs girl, 5 times in a 5 minute round that he fell in love with Brazilian Jiu Jitsu. Jiu Jitsu has been his passion ever since, competing as often as possible while dedicating his life to spreading the knowledge to all who enter the dojo.

“The martial arts lifestyle, while an arduous one, has been more fruitful to me than any other venture I have taken on in life. It has given me the path I walk on and the virtues and life lessons that I can now pass on to my students. For that privilege alone, I wouldn’t trade it for the world.” -Gabriel Marte 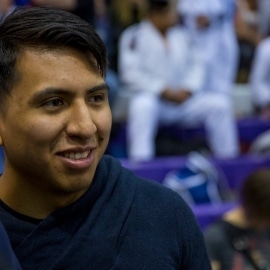 A long time fan of competition style Jiu Jitsu, coach Juan focuses on constant drilling, studying the art and the current trends in Brazilian Jiu Jitsu and is what many would call a “Jiu Jitsu Nerd”

“Jiu Jitsu truly saved my life. If it wasn’t for BJJ and The Dojo, who knows where I would be but I am thankful for BJJ because for the first time in my life, I know where I will be”
– Juan Naula 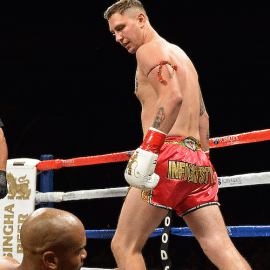 Brett is a local hero and champion Muay Thai fighter. Currently fighting for Lion Fight Promotions, he is a veteran of the sport and one of the great ambassadors of Muay Thai culture and is always working hard to teach and train the next generation of fighters. His love for the sport is front and center in everything he does and he regularly coordinates training camps in Thailand to help spread the Thai boxing culture to all of his students. 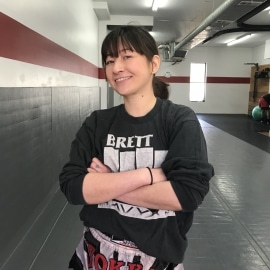 Over 14 years of Muay Thai experience, Kim grew up in the Ridgewood/Glendale area and has always been a part of the Muay Thai community by immersing herself in the culture and consistently training in Thailand to bring the best knowledge possible to her Muay Thai students.

Treat each student with respect

Best jiu jitsu school I have trained at. Amazing prices and instructors who really care.

The atmosphere at the Dojo is casual and welcoming. The teachers are top-notch - both main instructors for Muay Thai and BJJ are active competitors and are excellent at teaching. I'm a beginner in both arts, and it's fun to learn alongside active fighters. I've been to a few gyms in the New York area and this one has the best mix of competitiveness, friendliness, and none of that attitude that comes with some of the big brand names. Go here to learn and grow. 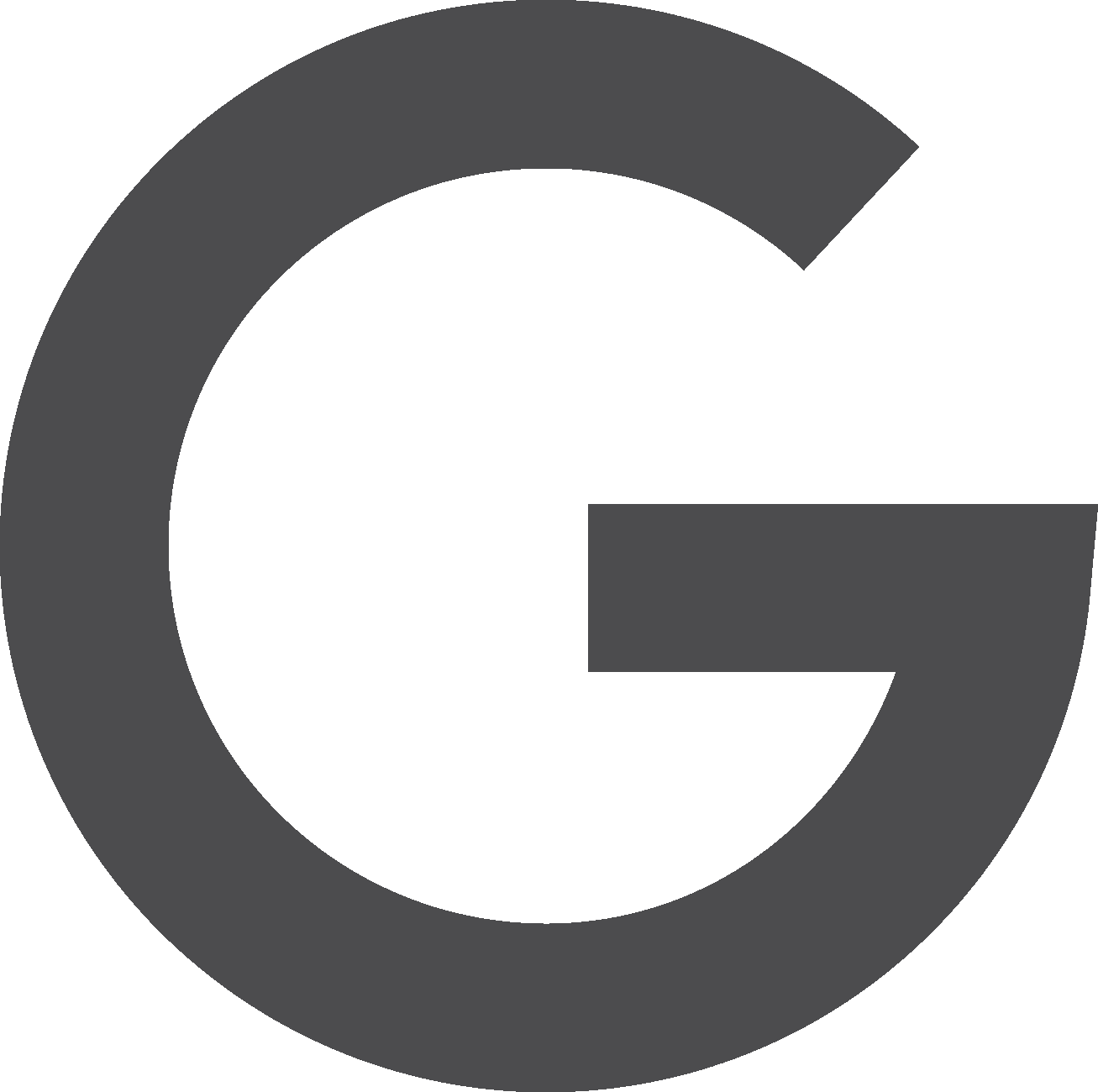 I didn't know I liked Maui Thai until I was introduced to this gym. Kim & Gabriel are my favorite trainers. They are patient (I'm a beginner), challenging, and friendly. This place is clean which makes it a huge plus! Can't wait to go back <3 thank you, guys! ^_^

Tough training with tough people. The Dojo is also a safe and inviting place for people new to the sport and new to the gym. Highly recommend it to competitive folks, families, and folks looking for a fun place to train alike.

World Class Jiu Jitsu and Muay Thai instructors. Everyone is very friendly and welcoming. I canceled my gym membership as soon as I found out how good of a workout BJJ is. It is also extremely fun and practical for self-defense. Anyone new can try several classes to see if they like it or not. Classes usually start with a workout to warm up the body, followed by technique, and then 1 v 1 sparring (optional). Highly recommend!